In an effort to be in the forefront of the H1 youth movement that was highly touted at the recent Las Vegas convention. The U-13 team has initiated the first apprentice program specifically directed to young unlimited hydroplane fans. While she may not be ready for the 2011 season Hannah has been making great progress to replace our current old crew chief Bill Guckian. 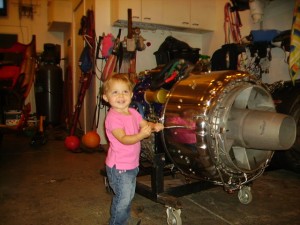